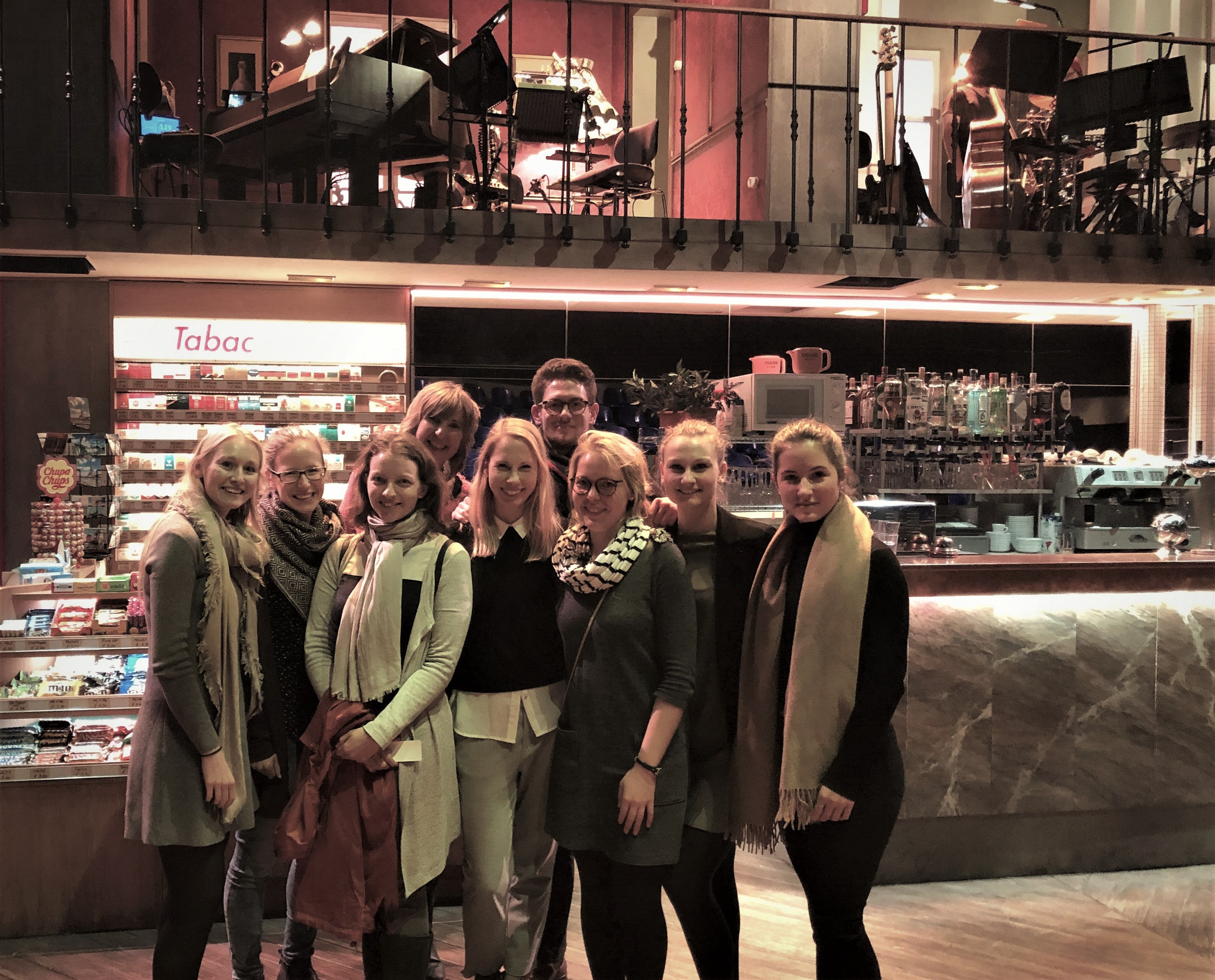 Since February 2019 Amélie Poulin enchants Munich in form of a musical and takes the audience into their imaginative, bizarre and fabulous world. The team of Dr. med. Fried & Partner attended a performance at Werk 7 located in the trendy and modern Werksviertel at Ostbahnhof.

The eponymous film by Jean-Pierre Jeunet from 2001 has received numerous awards and was nominated five times for the Oscar. Especially well-known is the movie for his soundtrack by Yann Tiersen.

The Fabulous Destiny of Amélie Poulain

The stage setting of the musical in the loft-like industrial-style hall displays the Café des Deux Moulins at Montmartre, where Amélie works with her colleagues. First, however, the story of the young Amélie Poulin as a child is told by means of lovely designed hand puppets. A sad childhood is the cause of the later developed characteristics and traits of the protagonist. As an adult, she lives a quiet, often sadly isolated and modest life with evasions into her own small, fabulous world. Although she struggles with social closeness, her heart suddenly leaps when she discovers a young man at a train station whom she will get to know better as the play progresses.

More than Romance and Poetry

The plot of the musical is based largely on the film, but it offers more than just romance and poetry. The director tries to add a sense of humor to the play, by implementing an Elton John parody for instance. Through dance and movement of the performers, the entire play gets more dynamic and energetic. Further, the acting performance is at a very high level, as well as the vocal performance of all actors, especially the protagonists. This is underlined by five musicians who are embedded in the stage set upstairs in the café. The composer manages to combine the hustle and bustle of central Paris and the pleasant tranquility of the Seine and brings two and a half hours of French flair to Munich, both with specially composed pieces, as well as with sequences from the soundtrack of Yann Tiersen.

A wunderful evening for the entire team of Dr. Fried & Partner and definitely worth a visit.