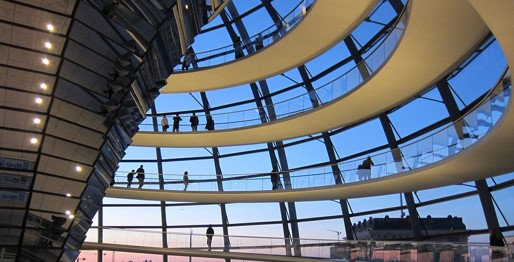 Under the leadership of Thomas Bareiß, the Federal Government Commissioner for Tourism, the Tourism Advisory Board at the Federal Ministry of Economics and Energy (BMWi) has started the second phase of the development of a national tourism strategy and discussed concrete next steps.

Active involvement of all relevant stakeholders

Thomas Bareiß emphasizes: “The triad of dialogue, transparency and sustainability will be our compass in the second phase of the development of the tourism strategy. It is important to me that all relevant stakeholders are involved in the future dialogues we have planned. On the basis of a transparent and comprehensible process, we want to agree on sustainable measures with which we can achieve the political and strategic goals set out in the key issues paper adopted by the Federal Government and strengthen the German tourism industry with its more than 3 million employees for the future”.
The second phase, which is now beginning, will focus on six nationwide future dialogues. The Future Dialogues are supplemented by coordination processes within the Federal Government and between the Länder and the Federal Government. This process is to start in the coming months, and the BMWi will provide public information about it.

In implementation of the corresponding cabinet decision, the BMWi had issued a public invitation to tender for the contract “Proposals for an action plan of the Federal Government and for recommendations for action for other levels of tourism policy in Germany with regard to the programmatic cornerstone for a national tourism strategy adopted by the Federal Cabinet on 30 April 2019”. The contract was awarded to the bidding consortium consisting of Dr. Fried & Partner GmbH, PROJECT M GmbH and Serviceplan Berlin GmbH & Co. KG has been awarded the contract.
The corresponding press release can be found here.