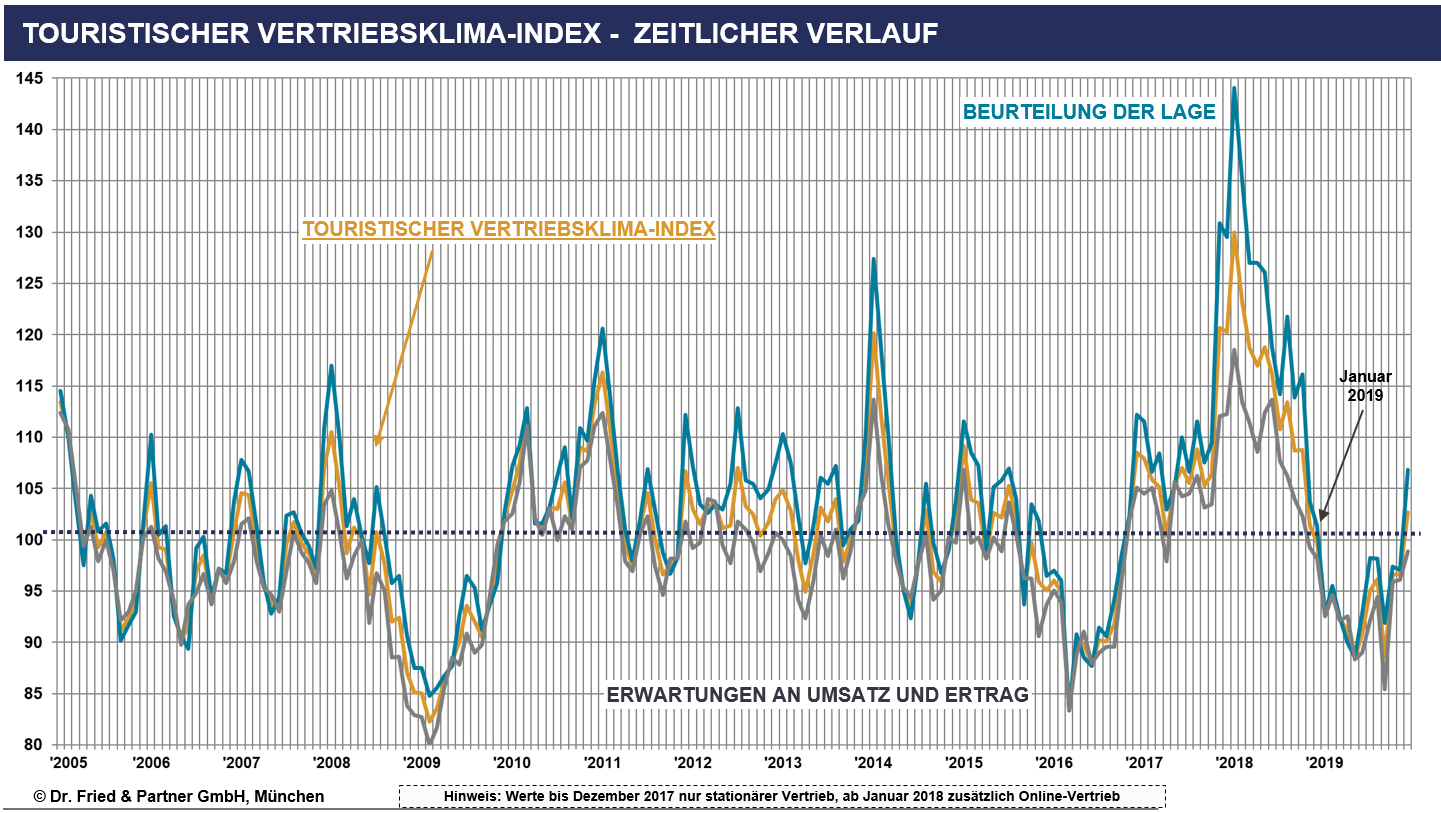 The tourism year 2018/2019 closes with a two percent increase in turnover and overall the industry seems satisfied to have concluded 2019 well despite insolvencies and the climate debate. The question now is how the year 2020 will develop.

Since 2005, Dr Fried & Partner has been collecting the monthly Tourism Sales Climate Index, which serves as an early indicator for the future development of travel sales. The current survey in January shows a consistently positive picture and travel agencies are starting the new year with confidence. The Tourism Sales Climate Index is slightly above the value for January 2019 and only slightly below the value for January 2018.

Compared to the previous year, sales of travel services have increased in the last 2-3 months by 32.8 % of the respondents, which is an increase of 2.7 %. Sales figures have remained largely unchanged for 37.9% of respondents and 29.3% have seen year-on-year decreases in sales over the past 2-3 months. In December 2019 this figure was still 38.9 %.

These positive developments indicate a successful start into the new year 2020.

The assessment of the future situation shows that the participating travel agencies are optimistic about the coming months, which are traditionally the main booking months.

Despite some challenges in 2019, the 2018/2019 tourism year ended on a positive note. Travel agencies are confident about the year 2020 and assess the current situation and future situation positively. Overall, the start to 2020 seems to have been better than in 2019, which had a somewhat bumpier start in terms of mood (but also had to compete against a very strong previous year).