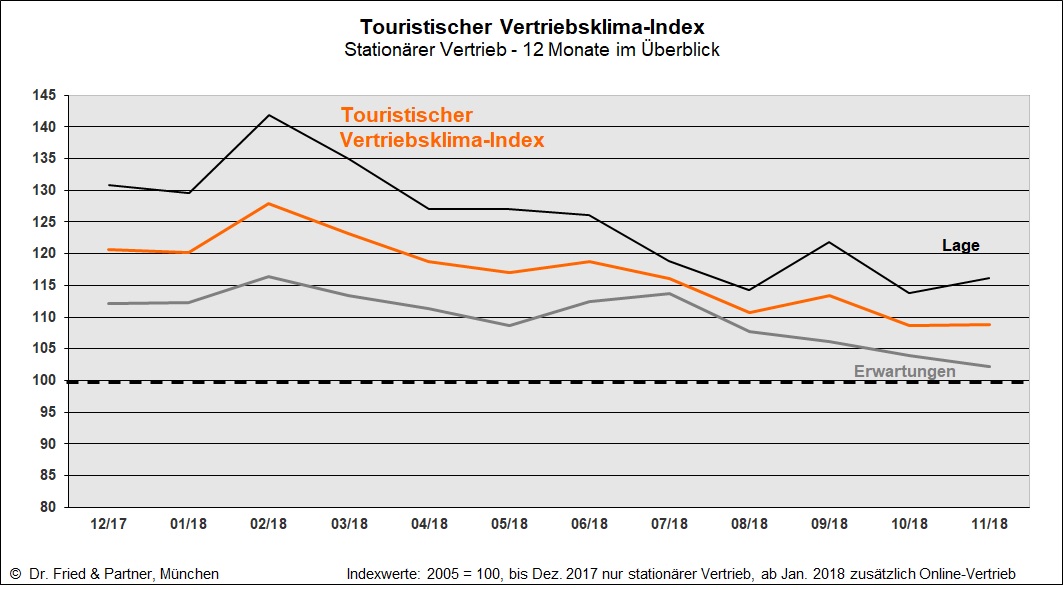 The tourism sales climate index also remains above the previous year’s level in November.
The reason for this is mainly the positive assessment of the current situation in the distribution of travel services in travel agencies.
With regard to the expectations for the coming months, the travel agencies are rather subdued – especially with regard to the future earnings situation.